At What Temperature is Tilapia Done? 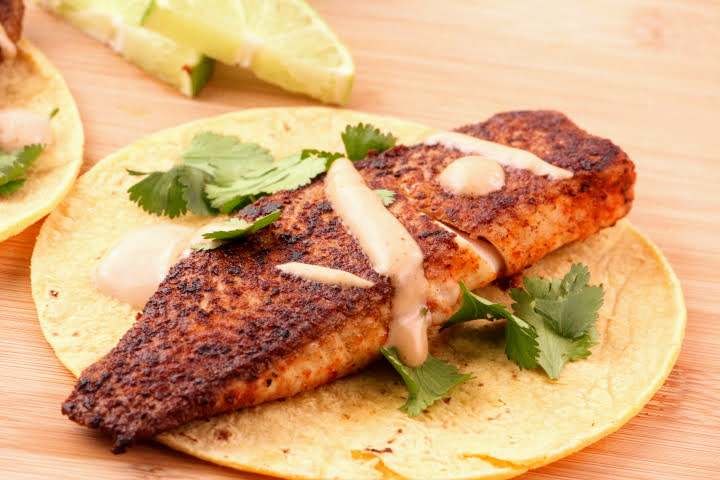 At what temperature is tilapia done? Tilapia is done at 145 degrees Fahrenheit. Ok, got that out of the way.

Can you cook tilapia to a lower internal temperature? You can.

Because tilapia is so thin and cooks fast you might want to pull it off the heat when it reaches an internal temperature between 120°F and 125°F.

It will continue going up in temperature after removing it from the oven or stove due to carryover cooking.

So, you just bought some tilapia from the market. You want to cook it for dinner tonight and you have no idea what to do. Don’t worry, we got you. In this article, we will show you the best and easiest preparations for tilapia, whether it be a whole fish or a fillet.

The popularity of tilapia has exploded in the last few years. It is estimated to be the 4th most consumed fish in the United States. Tilapia is a relatively inexpensive and flavorful fish that lends itself to several different cooking styles. Let’s look at the different ways you can cook tilapia. 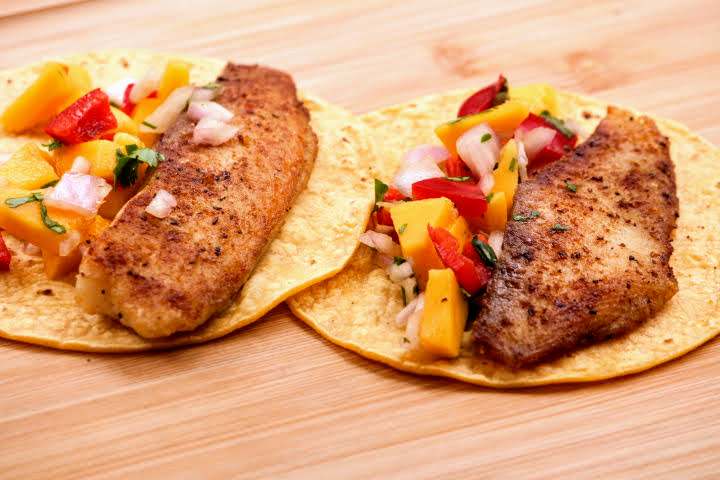 What Temperature to Cook Tilapia

Tilapia is a mild, white-fleshed, delicate fish similar to cod. Tilapia is more delicate than cod so if you cook it on the grill you might want to use foil. You can pan fry it, or roast it in the oven. Tilapia is a perfect fish to add sauces or marinades to and is one of the fastest to cook. So, what temperature do you cook tilapia?

The Temperature to Bake Tilapia

The temperature and cook time are based on normal 6 to 8-ounce tilapia fillets.

You want to start testing the temperature of the tilapia at the 8-minute mark using an accurate instant-read digital thermometer. Having an accurate thermometer is essential when cooking thin fish fillets so as to not overcook them.

Tilapia tends to be thinner so the cooking time will be less than other fish. This is a great technique because you can cook a meal of oven-roasted tilapia over rice in less than 20 minutes. The great thing about tilapia is that you can basically go into your spice cabinet and season it with whatever you want. Are you feeling like curry? You can rub the fillets with a little curry and garlic powder. Or maybe a rub of paprika, cumin, salt pepper. The possibilities are endless. 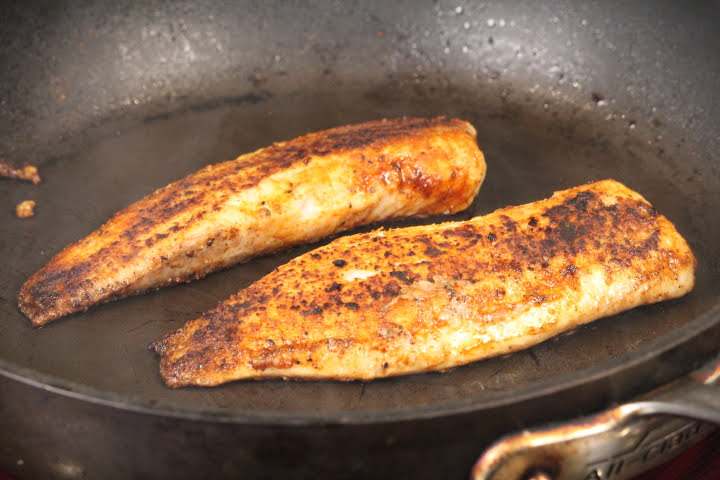 Preheat a skillet over medium-high heat. Season the tilapia on both sides with salt and pepper.

Add a tablespoon of olive oil to the pan and cook the tilapia on the first side for 2 to 3 minutes, then flip the fillet over to finish cooking for another 2 minutes.

Pull the tilapia off the heat once its internal temperature reaches 140 degrees Fahrenheit. Carryover cooking will raise its temperature 5 to 10 degrees more after it’s removed from the heat.

Serve the tilapia when it reaches 145 degrees Fahrenheit on an instant-read digital thermometer.

An average size whole tilapia sold at the market usually checks in at 16 to 20-ounces.

Preheat an oven to 400 degrees Fahrenheit.

Pat the tilapia dry with paper towels. Make a couple of slashes into the skin of the tilapia on each side. Season the fish with salt and pepper, inside and out, and rub olive oil on the outside. Place it in a baking dish and cook for around 18 minutes in the oven. If I am busy preparing other side dishes I’ll insert my wireless thermometer and set it to 140 degrees Fahrenheit. The carryover heat will raise it to 145 degrees Fahrenheit.

Tilapia really is a great, inexpensive, and fast weeknight meal. You can cook it so many different ways. In fact, here are some great recipes for tilapia. Enjoy!