The Temperature of Steelhead When Done 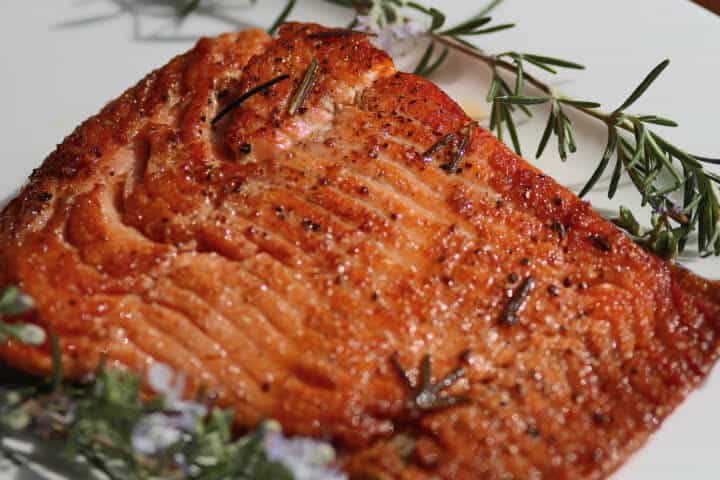 Steelhead trout is considered done when it reaches an internal temperature of 145 degrees Fahrenheit, according to the USDA. However, is that the best temperature to serve Steelhead? Can you cook it a little less to obtain a juicier result? What exactly is a steelhead and can you cook it like salmon?

I will answer all these questions and show you the best cooking preparations for steelhead so you can achieve the best results.

Steelhead Trout vs Salmon: What Is a Steelhead Anyway?

Steelhead trout are often confused with salmon. It’s probably because their flesh looks very similar to salmon. However, steelhead is actually a type of rainbow trout. Like salmon, steelhead are anadromous. This means they are born in freshwater and then spend a few years in freshwater before traveling out to the ocean before returning to freshwater to spawn.

However, most wild Steelhead populations are endangered so the majority of the fish you see in restaurants and grocery stores are the farmed variety.

As mentioned earlier, steelhead is actually a type of rainbow trout. Rainbow trout spend their entire lives in freshwater. The difference between steelhead and rainbow trout is that the steelhead will migrate to the ocean and then back to freshwater to spawn.

A steelhead trout is also noticeably larger, with some fish weighing anywhere from 30 to 50 lbs. Also, the flesh of the steelhead will be noticeably pinker than rainbow trout. This has to do with their diet of small crustaceans, fish and other organisms while in the ocean.

Because a majority of the steelhead you see in grocery stores are farm-raised you might be wondering how they get their pink flesh in captivity? The farmed steelhead are given a supplemental diet that boosts the pink color of the flesh. 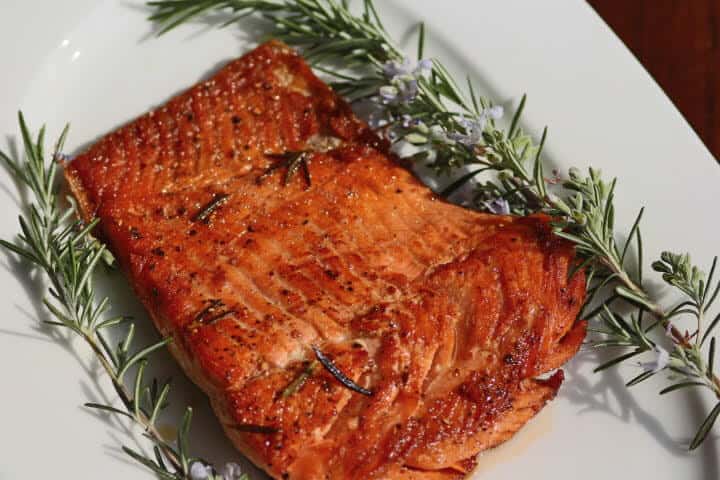 A lot of the steelhead trout recipes you find online will tell you to bake it in the oven for any given amount of time. The problem with this is that it presupposes how big of a piece of fish you have.

One such popular recipe tells you to bake steelhead at 375 degrees Fahrenheit for 20 to 25 minutes. That vagueness in terms of time is how a lot of recipes go wrong. Five extra minutes in the oven at that temperature can dry out your fish easily.

Also, a majority of the recipes will tell you to cook a whole fillet of steelhead, hence the oven-roasting. Now, there isn’t anything wrong with this technique, but as I just explained, this leaves a lot open to interpretation.

If you have a decent oven meat thermometer you will have better success in the oven roasting a large steelhead fillet. Just set your temperature alert for 135 degrees Fahrenheit (more on that temp in a second) and tend to your side dishes.

Steelhead trout is considered safe to eat at a temperature of 145 degrees Fahrenheit by the USDA. But, could we go a little lower and get a better result? I think so. Since a majority of Steelhead trout are of the farm-raised variety, the parasite factor will be negligible. I realize that the study in the link took place in Europe but I feel it is indicative of most aquaculture practices.

As always, don’t ever mess around with safe serving temperatures if you are cooking for the immune-compromised, the elderly or children.

I feel you get the best results when you break down the larger fillets into more manageable, smaller fillets. Let’s take a look at some good ways to cook steelhead trout.

How to Cook Steelhead Trout

Pan-frying smaller fillets is the way to go when cooking steelhead trout. It gives you more control over the temperature and cooking process. Rather than cook a larger fillet in the oven and run the risk of drying it out you can actively watch it in pan on your stovetop. 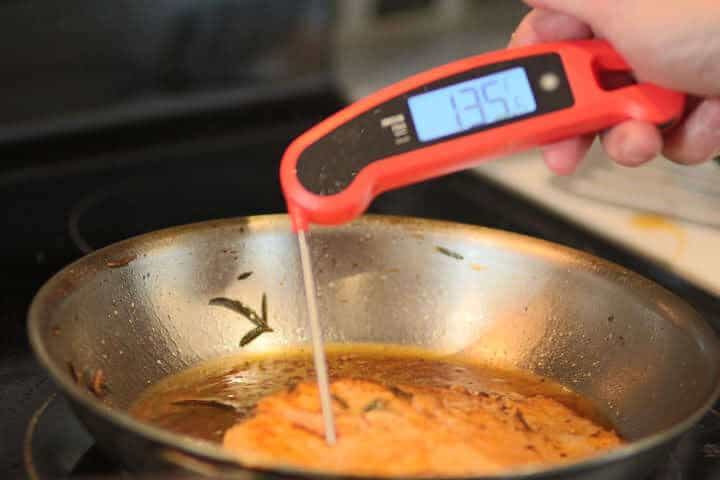 Here is a classic recipe for pan-frying Steelhead Trout:

The key to cooking steelhead trout is to break it down into smaller fillets. These smaller fillets are more manageable and you don’t run the risk of drying the fish out as with oven roasting.

You can oven roast steelhead, just make sure you are closely monitoring its temperature with an oven-safe meat thermometer and you should be good to go.

Thanks for reading, now go cook some fish!